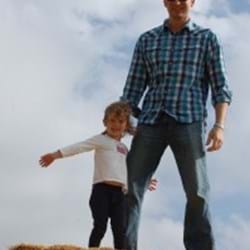 Michael Tanner joined the Oxford Robotics Institute in 2014 in pursuit of his DPhil. He researches methods to fuse data from a variety of sensors (LIDAR, stereo or monocular cameras, etc.) to create large-scale, 3D dense reconstructions for autonomous vehicle applications.

In 2009, he completed his M.S. in Computer Engineering at the Air Force Institute of Technology in Dayton, Ohio in the United States where he leveraged the emerging general-purpose computing capabilities of graphics processors to accelerate multiple-target tracking systems.  Following his M.S., he developed next-generation, low-power/high-performance computer clusters for airborne applications.

In his free time, Michael explores the English countryside with his wife and three children.