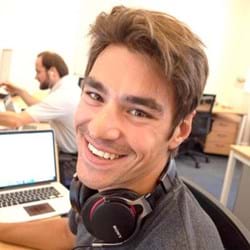 Georgi is a DPhil Engineering Student at the University of Oxford. He joined Oxford Robotics Institute in May 2017 under the supervision of Dr. Maurice Fallon. His research is focused on localization and mapping in non-urban environments.

In his free time Georgi enjoys playing volleyball and skiing.