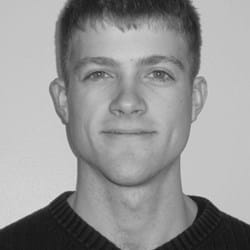 Colin completed his DPhil with the Mobile Robotics Group in October of 2014 and was a member of Lady Margaret Hall. His thesis presented a new approach to long-term, vision-based localisation across extreme weather and lighting conditions (see Publications).

Colin  is now a senior software engineer for the MRG spin-out company Oxbotica.

The main goal of my research is to enhance the state of the art in navigation systems for autonomous vehicles. I am currently exploring robust vision techniques for long-term navigation in urban environments, with a particular emphasis on exploiting scene priors gathered by a survey vehicle. Below is a more detailed description of my current and past projects.

Past Projects with ASRL, University of Toronto

Visual Teach and Repeat (VT&R) is an effective method for autonomously repeating a previously driven route without the need for a global positioning system. This work was concerned with long-range route repeating in outdoor, unstructured environments. As inconsistent lighting conditions pose a problem for camera-based systems, this work built upon previous research on applying appearance-based computer vision techniques to laser intensity images for motion estimation (see below). The resulting system was field tested in a planetary analogue environment over an entire diurnal cycle, covering more than 11km with an autonomy rate of 99.7% of the distance traveled.

This work was concerned with lighting-invariant pose estimation in outdoor environments. The goal was to exploit the rich heritage of the appearance-based visual odometry pipeline traditionally used with camera imagery, and apply these techniques to laser reflectance images.