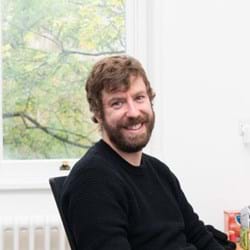 From April 2013 to September 2017, he was a Research Fellow in Intelligent Robotics at the Intelligent Robotics Lab of the University of Birmingham. He mainly worked within the STRANDS (Spatio-Temporal Representations and Activities for Cognitive Control in Long-Term Scenarios) project where he developed control approaches that both handle the inherent uncertainties of human populated environments, and take advantage of the spatio-temporal data obtained from the long term deployment of robot systems to improve their performance.

Gautier A, Stephens A, Lacerda B, Hawes N & Wooldridge M (2022), Proceedings of the International Joint Conference on Autonomous Agents and Multiagent Systems, AAMAS, 1, 472-480

Decision-making under uncertainty for multi-robot systems